Disney is about to introduce their first Pacific Islander Princess and she is stunning!!

Filmmakers auditioned hundreds of talented young women throughout the Pacific Islands before finding the gifted Native Hawaiian Auli’i Cravalho, who did not initially pursue the coveted role. The film’s Hawai’i-based casting director recalled her singing performance from a video submission for a fundraiser/talent showcase and asked Auli’i to come in and try out. Three auditions later, including her first trip to Burbank, Calif., she earned the title role, thanks to raw talent.

In Disney’s new movie Moana, you will get to know and love an adventurous teenager who sails out on a daring mission to save her people. During her journey, Moana (voice of Auli’i Cravalho) meets the once-mighty demigod Maui (voice of Dwayne Johnson), who guides her in her quest to become a master wayfinder. Together, they sail across the open ocean on an action-packed voyage, encountering enormous monsters and impossible odds, and along the way, Moana fulfills the ancient quest of her ancestors and discovers the one thing she’s always sought: her own identity. 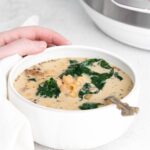 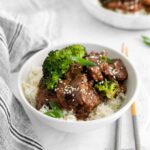